All prices are in EUR
Change 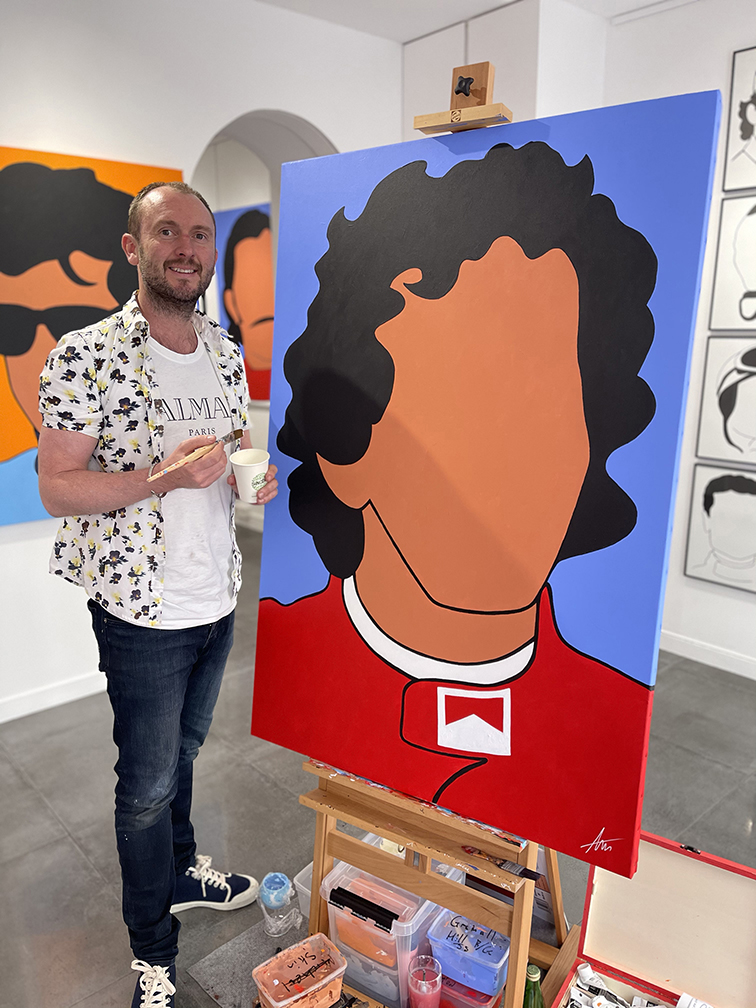 Alan Walsh  (born 13 September 1982) is a  British Artist and Gallery owner  based in Monaco (Walsh Gallery Monaco).  Walsh is famous for his vibrant bold clean style, his works are heavily influenced by motor racing and the French Riviera. He is the resident Artist at the luxury Hotel Martinez Cannes.

Walsh has attracted an eclectic A-list client base, his works hang on the walls of royalty, musicians and global sports stars with many serious collectors adding his works to their collections.

Much of his inspiration stems from a childhood spent traveling around racing circuits due to his fathers job in motorsport. Not only would he sit and sketch the cars but he was also captivated by the advertising and designer brands that sponsored motorsport in the early 80's.

Walsh also raced himself for one Europe's number one teams 'The Zip Young Guns', which is also the kart team which led Lewis Hamilton through the ranks.

He is the co-founder of award winning drinks brand The Artisan Drinks Company. His characters bring the bottle labels and branding to life and are used throughout the brands billboard advertising campaigns with Ocean Outdoor.

Walsh left secondary school early by mutual consent for only choosing to attend his art lessons, after a brief spell at Art College he then spent his early career working in advertising agencies in the UK and Australia. In 2012 he made the decision to leave the agency world behind and focused solely on his art excelling with solo exhibitions all around the globe. He owned two galleries in Australia, before opening Walsh Gallery Monaco in 2020.

As a 14 year old boy, Alan completed his work experience at a large UK advertising agency (Principles, Leeds). He was asked to story board some ideas for a TV commercial, when the Creative Director came back an hour later Alan was still drawing the facial details of the characters on the first scene. He was quickly advised not to worry about such details and simply draw long hair for a female and short hair for a male and express movement and feelings through body language. He hasn't drawn a face since!

All prices are in EUR. Copyright 2022 alan-walsh.com. Sitemap | Shopping Cart Software by BigCommerce